It’s Never Too Late: But the time for action is NOW! 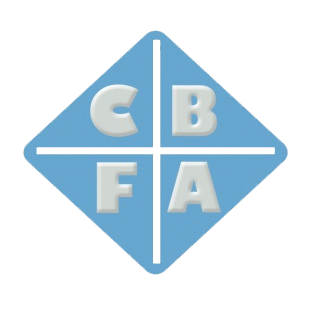 Is this year half full or half empty!

Where has this year gone?

It seems like it was just a few weeks ago that we were ushering in a new year. Many of us are still recovering from Snowmageddon. If you’re like me, you are no where near where you wanted to be by this time, but it’s not too late to kick it into the next gear and finish strong.

This quote has been said many ways and attributed to many people. Frankly, I don’t know who said it first. With that in mind, I am going to attribute it to the person who I believe best embodies the concept – Michael Phelps.

It’s not how you start that matters; it’s how you finish.

Who can forget the incredible finish in the 100m Butterfly Final at the 2008 Olympics in Beijing? The favorite, Michael Phelps did not have the classic Olympic record setting type of race. He got off to a very poor start, and after the turn was in seventh place. It looked to all watching that Michael might not even stand on the podium that night. Surpassing Mark Spitz’ record of seven gold medals in 1972 games seemed completely out of reach. But when all seemed hopeless, Michael started clawing his way back into the race. During the last leg, he inched nearer and nearer the leaders, but as he did the wall was closing in much too quickly for comfort.

That is when something amazing happened.

With about half of the last lap remaining, Michael Phelps started passing the other swimmers. In sixth place … Now fifth place … Now fourth … With only 20 meters left he moved into third place, but there was no way he could do the impossible. The wall was much too close, and the other swimmers were too far ahead of him. With ten meters left, he moved into second place; but there was simply no way he could grab victory tonight.

Then the impossible happened!

With less than two meters left in the race, Michael Phelps gave every bit of effort he could muster; and achieved one of the most incredible finishes of any sport, at any level. Michael Phelps beat Milorad Cavic (who was having an Olympic record setting race of his own). He beat the Serbian by the slimmest of (official) margins – .01 seconds, to surpass Mark Spitz’ thirty-six year old record and win his 8th gold medal in a single Olympic game.

As remarkable as that margin is, the race was even closer. As you might imagine with a race that close, the Serbians protested the results, causing FINA (the sport’s international governing body) to review the finish. They slowed the video as much as possible to determine that Michael Phelps indeed won the race by a margin of .0001 seconds.

Think about it. Only one ten-thousandth of a second separated silver and gold that night. It was that last extra effort that made Michael Phelps an Olympic legend, and made the other guy … What was the other guy’s name?

What happened to this year?

While this story of Michael Phelps isn’t the subject of our focus this month, it is quite relevant to our human nature. We all started out with every intention of making 2021 our best year yet; but if you’re like most, life got in the way. Very few (if any) of us have completed each of the challenges I laid out in our monthly focus this year. Many of us have yet to finish one. And the wall is getting closer by the second.

I can imagine how a preacher feels.

Every Sunday you fire the congregation up with a great sermon, and every Monday those same people have already let life happen. It’s easy to do. In our life of constant distraction, it is difficult to focus on one thing long enough to make it happen. We all know what we need to do, but it’s easier said than done. Isn’t it?

And while it’s easy to beat ourselves up because of what we didn’t do, I think it’s more productive to follow Michael Phelps’ great example and remember; It’s not how you start that matters; it’s how you finish.

I think that many times when we procrastinate, it’s because we’re afraid that we’re going to make a mistake; but that thinking is like planning a trip across town and waiting until you’re sure all the lights will be green before you start. When I was young and found myself resisting starting something difficult, my dad would tell me, “Do something, even if it’s wrong.” And while that may not always work out the way you expect (or want), if you’re following our Heavenly Father’s word, it will always be right.

Our focus this month is …

Reading the word is just the beginning.

In this chapter, James is telling Christian Jews that it is not enough to just listen to the word; you must also put it into action. Later in the chapter, he says that failing to do so is like glancing at your image in the mirror, and then forgetting what you look like when you walk away.

How often have you read the word (or listened to the focus) and thought, “That’s exactly what I needed to hear today?” And then, how often have you forgotten what you read (or heard) an hour later? In our society where we are bombarded with weapons of mass distraction, it is easy to lose our focus and move on to other things; never putting into action the thing we just learned.

My challenge to you this month is this.

Reset your focus. Don’t agonize about what you have (or haven’t done) this year. You can’t do anything about the past, so there is no use in worrying about it. Instead, choose one thing that we have talked about this year, or some other thing if you prefer, and focus on that for the rest of 2021. Put massive action toward making it happen. Make it your mission to accomplish that one thing this year, and then when the new year rolls around, you will be well on your way to making 2022 your best year yet.

And as you are working on your challenge, remember our focus from

And that is our focus this month.

Our mission is to provide a business network that encourages Christian values. "24 Hour Christians In Business, At Home, and In The Community."

"For it is by grace you have been saved, through faith - and this not from yourselves, it is the gift of God - not by works, so that no one can boast." (NIV)